I made a song the day before yesterday, It’s noisy and I felt it needed a glitchy video. Then I ran into a brief tutorial on how to make jpeg’s glitched by editing them with a hex-editor. This took way to long time for me so I made a little os x program, “Swutits” 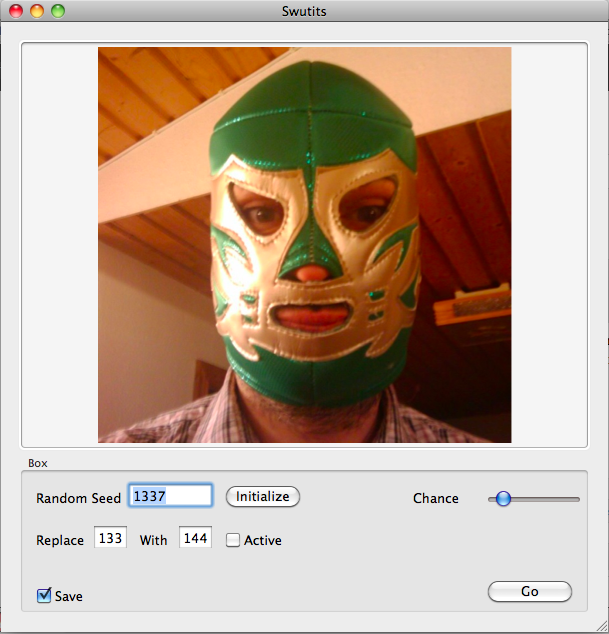 With this little program I can do a lot of nice stuff. and here’s a manual:

Go button creates a glitched version of your loaded image.
save check box turn’s on or of the save function (I think, I haven’t tried turning it of)
Random Seed enables you to set where the random numbers shall start, change this and press Initialize button and you will get the same image, press again and  new random numbers will be taken, but always in a series from the initialized. You will be able to recreate the exact glitches should you want to.
Replace changes one number in the file to another should you have that active.
Chance changes the probability of the other glitch routine, having the meter to the left is a lot and to the right is less.

In the menu you can load a new image to glitch, it will only take jpg or jpeg files, you can also drop them on the dock.

all the files are saved to a “swutits” directory in your current logged in users Documents folder. You can easily open this via the file/Open output Folder menu option. 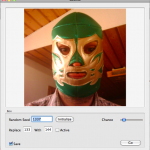 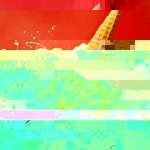 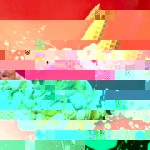 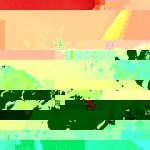 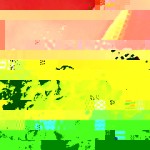 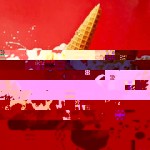 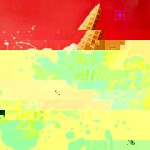 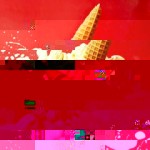 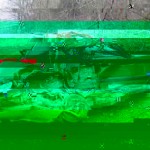 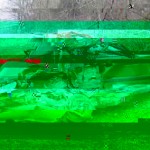 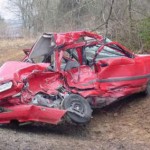 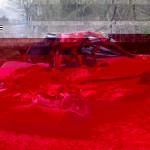 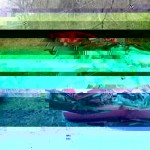 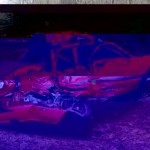 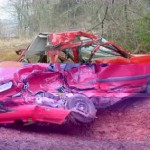 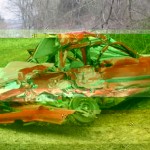 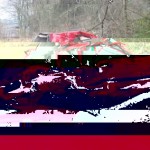 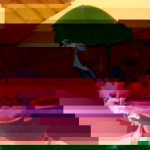 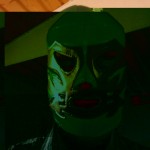 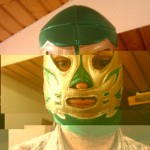 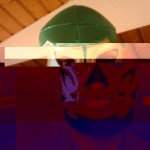 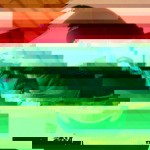 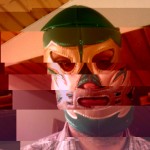 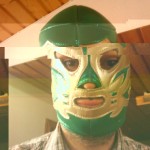 For my kid sister this Christmas, me and the kids made a laptop-pillow. There are a few on the market, but they where either out of stock or to expensive. After searching instructables for both laptop stand and laptop pillow with no real success. So we figured (me and the kids) that all we needed was a pillow of ok proportions and something to get the laptop up a bit from the pillow so that air could circulate under the laptop.

We made a lot of pearls after failing to find enough buttons to sew on. My kids made a lot of very pretty pearls (you know the kind you put together on a plate. anyway’s here is a picture: 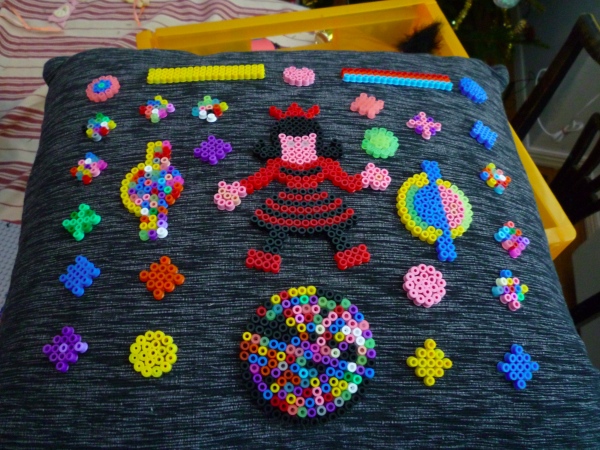 END_OF_DOCUMENT_TOKEN_TO_BE_REPLACED

This year I did not get myself anything, of which I’m kinda proud, but I’m curious as to what you have gotten yourselves or what you wished you got, or what you’re hope to get!

Twitter right, I guess I’m old because I cant think of when it would be useful for me. Not that I’ve really tried, I’m just tired of status updates on Facebook, Skype and whatnot. And 140 characters is at most lengthy enough for me to say a few swearwords.Much like Lars Ulrich, the drummer of Danish origin playing in Metallica.
I guess by now, dear readers, you are guessing as where to my social engineering prank is going.
That is correct, I’m gonna go program myself a Twitter-bot that twitters “fuck”,”FUCK”, fack”, “fock” etc etc at different times from screen name Lars Ulrich. While I thought this fun and all a year ago when I ran into the idea the first time It was not enough to actually do the thing. Then I read a book on how to market stuff via social media, yeah I know it’s out of character for me, and the writers was going on and on about twitter, and retweets and twitter searches.
This made me think about the old Lars Ulrich idea and how it could actually grow by itself. First of, if the twitter API let you do searches and re-tweets I could have that automated. And If I do that, ppl will start to know about the character and it might grow.

Step one was to look at the twitter API’s, easily enough they are just http requests and xml reponses and all the functions I think I might need are there.
Secondly I registered the users, he/it is here http://twitter.com/i_am_larsulrich, if you’re late in the game, the real person might have already registered his name 🙂

I’ve also found someone who has done a lot of the work I would need to do and more in the sourcecode from http://mattgemmell.com/2008/02/22/mgtwitterengine-twitter-from-cocoa.

So to recap, my program, should it be finished with the original specifications, should be able to:
Tweet different permutations of the word fuck.
Search for other ppl that tweets the word fuck.
Retweet tweets with the word fuck in them.
Answer to random persons fuck tweets.

I’m also aware that I might be thinking this more funny then Lars’s lawyers and Metallica fans, but they might just aswell think it’s more funny then me. I hope they do, and this will not be a permanent bot, just a little test I’ll use to see what happens.

Hope you will enjoy the ride with me!

Yeah, I got a new version, this is the one I’m really using for my plugins, it does not use any premade images or stuff. Just pure processing.org power.

END_OF_DOCUMENT_TOKEN_TO_BE_REPLACED

As you may all know I have made a few VST’s, they are down-loadable over at www.shuriken.se. Since I’m no draw in painting program guru I’ve struggled with cooperating with graphic artists and trying to do stuff myself. I’ve actually done the latest of the graphics programatically using processing and I’d thought I’d share. Both since it’s pretty nifty and since I’ve lost the source code myself due to keeping it in strange places.

First Version I use is based on images, I take a background image and a handle image and rotate the handle round. What’s not shown in this example is that you can add flares and shadows and stuff like that and rotate them in other ways using transparency to achieve even nicer results.

when you only have 20 steps. I could post a 200 step version but that would prove nothing.

The processing sketch for this is here : GenerateKnob_1.zip

Just a quick note to say that the digital rust algo I made a while ago are getting stuffed into a VST.

The original implementation in an old post here were ofcourse to slow. I tried it anyway, and I was like “it cant be that slow” but then again I had it running at 9000% CPU in ableton live, and that is a bit steep.
I optimized it down to 120% per channel so I’m awesome at optimizing (more on this later). But I remade the whole algo implementation anyways. I figured out how to achieve the same result without packing and unpacking. You can even say that I’m emulating my original algorithm.

I’ve also decided that all future plugs from shuriken.se shall be black and white. atleast for a while.

Ok, so I might be late in discovering Grooveshark. And while I find it more awesome then Spotify I still cant stop to wonder how it all works. Seems like you can upload whatever you want, no matter if you own the copyright or not. So I tried uploading a few songs and they where available directly to stream. And I was like WTF, do they know if I own the right to this, there was no place I could agree to any licensing term.

THIS was a mystery to me, I needed to know.

The answer was easy, and as usual Wikipedia gave the answer http://en.wikipedia.org/wiki/Grooveshark

This is interesting, they don’t really care about asking beforehand if they are allowed to stream, this gotta piss the Beatles lawyers off like hell. They share money from they get from tunneling a sales of a songs via iTunes or Amazon with the person uploading the song in the first place. If you are the artist, you get money for your songs from 2 places.

As a band though, there area lot of opportunities to get noticed, but you have to pay for them.

How do they pay for bandwidth?

So I made a new little hack for the Novation Launchpad a little similar to my older hack. This time though I have made the source a little more readable. It’s not a full solution that will make you be able to do everything. It’s a start though, you can build on it further if you want to though.