I made a sketch for critter and guitari’s Pocketpiano Arduino-shield (it was the for the first Arduino I bought, and the reason I bought the first Arduino)
There is a video of me explaining it here:

But Critter and guitari ( http://www.critterandguitari.com/home/store/arduino-piano.php ) newer published the source-code I sent to him/them, whatever.

And since this one guy asked for it on the internets I though I’d share it with you all, so here it is: PocketPiano_NastyBass 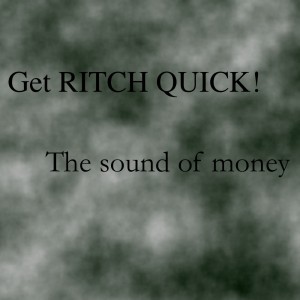 So what I’ve heard that you get a quarter of a hundredth of a Swedish Krona every play you get from on Spotify. So I was thinking that I might try and get rich by doing very little.

I made some calculations on how much I could get if I played one song continuously, without further ado:

Here are the 15 songs with my new band “Get RITCH QUICK!” and the album “The sound of money”

I have for a while that I wanted to try and make a drone-song with only the DSI Mopho. So I made one! Hooray!

I’m currently making a benefit song, and I wonder if you’d like to sing a few lines on it?

KeffMeff is a touchpad synthesizer. There are five different sounds, choosable by pressing menu. The sounds are crazy noisy noises. Control them by moving your finger around.

And it’s for the Android, get it at the android market!

Android, why do I come back to this platform? It could be so awesome, but it’s full of fail. Lately I’ve been trying to get a X/Y  pad thing going on, Like a kaossilator thing.
While it works in principal, it does have some latency. about 100ms latency. That’s not musicians grade at all! I have however managed to apply dirty trix and evil hacks.

Expect at least 3 touchscreen-driven musical instruments on the Android from me and Staffan, and since the Android market is a bad place to be if you want to charge for your apps, we’ll try out Advertisement this time around.

In Sweden, you are not allowed to be good at anything, it’s called Jantelagen and it comes sneaks up upon you even though you know it exists. One thing is that there are some “statistics” from a “survey” that everybody knows of (though I have not been able to find it) that say that “90% of the Swedish population think that they are better driver then most”. This “fact” is often followed by a chuckle and and the appendix “that cant be true, because 90% is more then 10%, and that’s not half”. This kills anyone dead that think they are a good driver.

The important thing here I think is that Swedes as a people totally forgets to analyze why the alledged 90% think they are good drivers. (trust me, we are not a land of champion f-1 drivers). Is it because they think that everybody else does lots of mistakes and drive badly (perhaps because of stupidity)? Or is it because you think you’re special (as the jante law tells you that you cannot be).

I know I make mistakes while driving, I know I forget rules from time to time, especially seldom used ones. I know I don’t remember all the roadsigns. What I also know is that I do know these things and when I made a mistake or found something that I’m unsure of, I look it up. I try to improve, that’s makes me a better driver then most other drivers I think. I avoid putting anyone in dangerous situations, or situations that I cant control. When it’s bad weather (like loads of snow and stuff) and I don’t need to use the car, guess what, I don’t!

What I’m saying is that I try to improve, and I use common sense, and I think that makes me a better driver.

So I watched that Avatar movie last night and I spent way to much time thinking about how one of the people would taste like. I think they would taste best BBQ’ed. jumm jumm.

On a side-note I’m turning 33 today, Hooray for me!

I could not help myself, I made an Android OpenGL bedazzler port, for those of you that dont remember what it is, go here : http://www.larsby.com/johan/?p=429

Also the source is available, since you know, opensource and all. BedazzlerGL

And you can download it from the Android Market, at least for now. 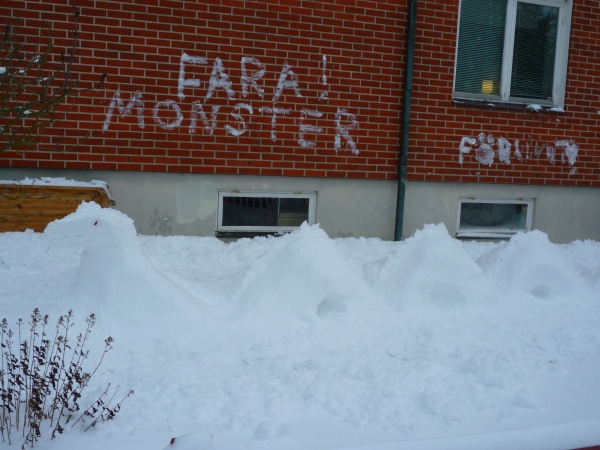 My wife and I made a snow-monster. Her responsibility was leading the work and manage the fine design.
I mostly moved snow (and did the red eye!)

Sadly, the kids where not interested in helping out!