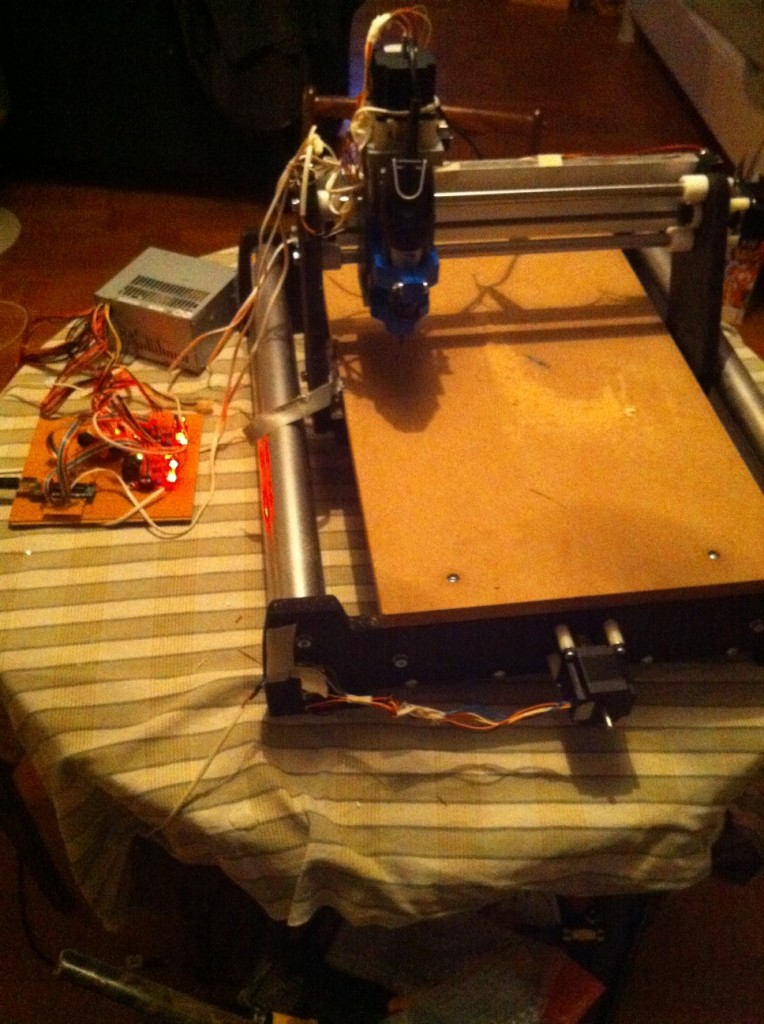 So I went to that the Norbergfestival again, with Linus, Petter and Sållet.

I had fun, Hecate was entertaining, as was Dj Gay’s Anatomy. Zabutom makes much better gig’s when he’s not drunk on alcohol I tricked him into drinking. Teenage Engineering was supposed to let us feel the OP-1, but they where to busy playing on them themselves and dressing in drag. Goto80 has a new project, called labellbl or something. Every song is a new genre. Funny. He and Rakel where there. It was nice meeting them again. It was also nice meeting Ola Skrolla with his crew. He made visuals för Zabbe. Hollowman of FLT was there to, good stuff I really like him.

Me and Petter failed to get a spot at the open stage for our pigfart project. Then we planned to have a go at playing at the parking with the car’s soundsystem as soundsystem. We failed that to. Petter made a little noise at the camp though. But I did not even unpack my stuff or bring them out of the car. But hey, a cancelled gig is also a gig!

Linny Hex had a dancer/friend with her. Funny/strange to see someones entourage like that. While sitting in my camping-chair in my party-tent I saw two strangers do a drug transaction. I later found out it was Extacy. DJ Gay’s anatomy  had a dancer with her. The girls in the audience grinded themselves on each other. Hecate showed one of her tit’s. She also yelled at the soundguy when he turned the sound of because she went over her allotted spot. She was out on the camp partying later so … I guess she wasn’t that mad.

I’ll see you there next year?