So, another day, another CNC-post.
today I’m gonna post my “plotter” processing script.
It takes an image and makes lines where the color is black, and nothing for the rest.

To illustrate this I have a picture of Frank from Donnie Darko.

Scary as always 🙂 After a lite “shopping” he looks like this: 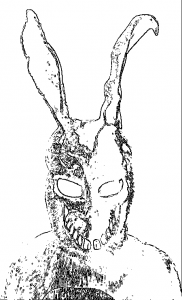 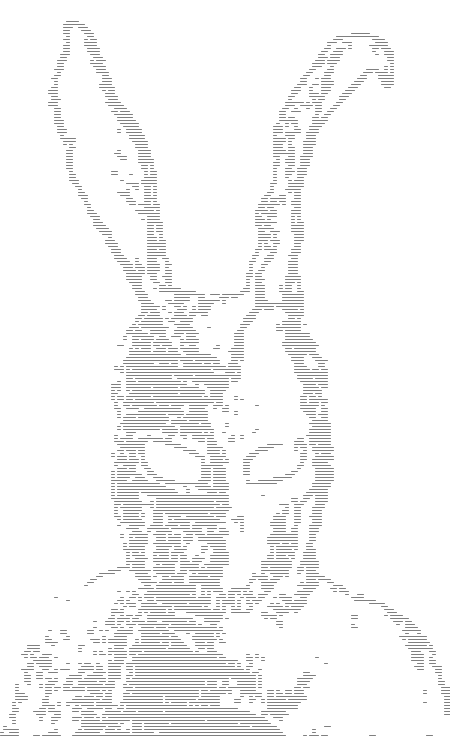 Here is the script: CNC_Plotter.pde in case you want to generate your own gcode to run on your own CNC machine. Awesome right.

Anyways here is the final result. Made with an engraver bit on plywood I’m not going deep enough to get to the next layer. No inception style stuff here at all!

Here is the output, minus lacquer and with a Swedish 1 krona for size reference! 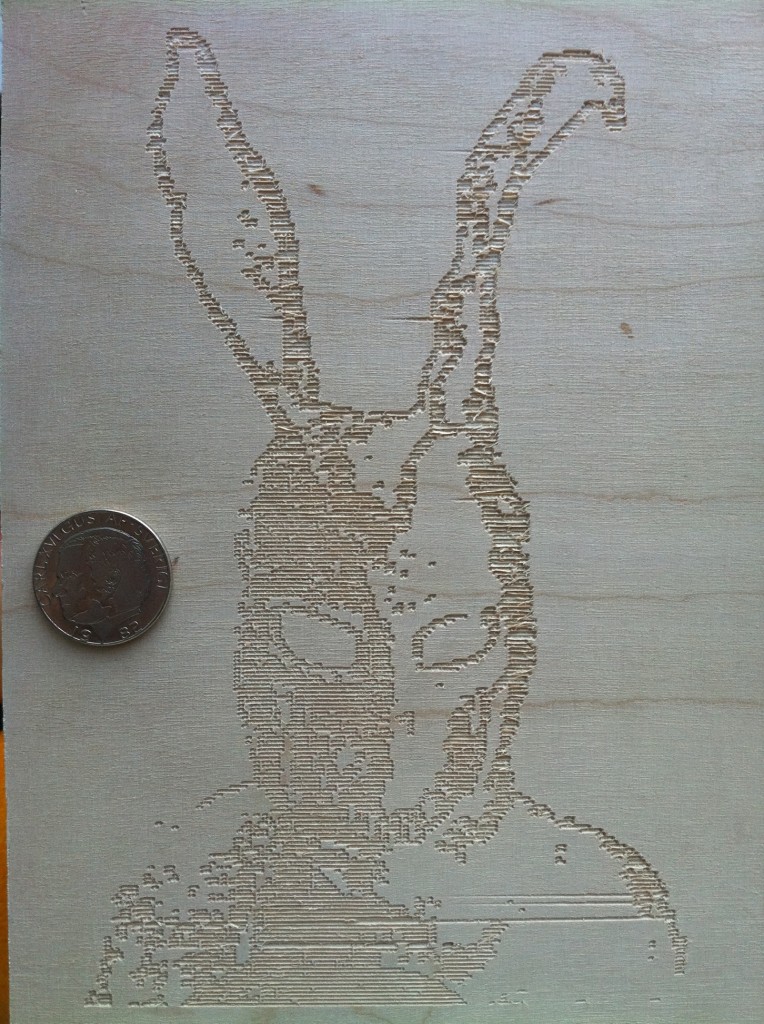 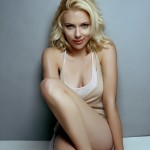 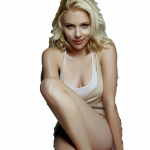 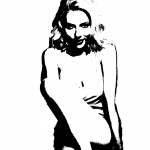 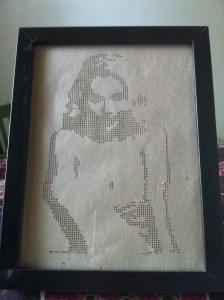 Of course I needed a little program to send gcodes to my arduino that controles the engines.

That was pretty simple since I already had serial connection code up and running.

this is how it looks: 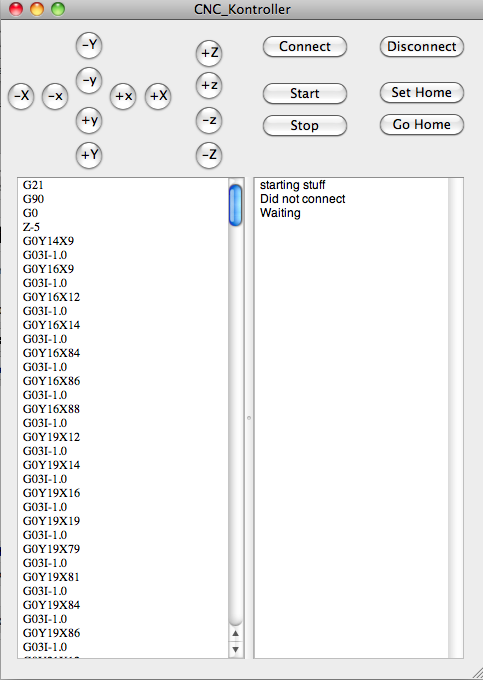 the -X and X moves 1cm to the left and right. the small x’s move a mm. The y’s and the z’s move in other direction.

Connect connects to the arduino, disconnect does the opposite.

set home set’s the home position, the start position of a program, go home travels to that position

start and stop starts and stops the program that is written on the left, the right outputs status information.

The icon was found on 4chan.

I know these post are getting norm here, especialy the tecnology part of it. Soon though I’ll post a video of the CNC making something.

But this post is about the arduino code I modified to controll the motors. I was going to try more then the reprap old old old gcode interpreter, but I never got further. It’s really booring to configure motor drivers.

Anyways, reprap has a gcode interpreter, I dont really remember all the problems or the modifications that I made. but here are some:

The motors and turnstep had to be configured for the V90.
Inverted angles are the best angles.
Feed speed did not work dunno why, something with the motors.
Turning the motors of did not work, or rather, turning them on again failed.
I removed all endstop triggers, did not connect those.
Fixed the existing feedrate, and added my own 🙂
Added more comment ignore-code.

That’s about it I guess.