My quest for a knobs’ controller for my soft-synths.

Introduction
I wanted a midi-controller with a decent amount of knobs to control my
soft-synths and DAW with, this is the story on what I had to go through to get
one, and how I finally had to make one. If you’re not interested in my why I did
not settle with a pre-made one skip down to the “The Actual making of the
controller” section.

Pre-made ones.
I actually did buy a Behringer BCR2000, but it was to heavy (what felt like
twice or thrice the weight of my iBook) it did not run on batteries and the
program to do settings and setup in was unintuitive and, surprise, did not work
especially well on my mac. I could not get it to run in Mackie control mode, and
the endless knobs did not work endlessly. And it is ugly. Then I held out for a
Kenton AB mini, but when it was released (as KillaMix) it was priced twice or
thrice over what I was prepared to pay. But it really has the lot, endless
rotary encoders, USB bus powered. still a bit to pricey. With all these options
I decided to make one myself.

Research in to what hardware to base my controller on.
First I had to figure out what I really really wanted. It ended up being at
least 16 knobs, USB powered (or at least not wall-powered) preferably USB
connected and inexpensive. Doepfer was way to expensive (although I hear they
make great stuff). the Ardunio experiments I saw at the time was to limited in
the knob area (a maximum of 8). http://www.ucapps.de/ did not have an USB
“brain” and it could not draw current from USB.I finally ended up with buying
from http://www.midi-hardware.com a device called pot32 where you get 32 knobs,
it’s battery powered and draws very little current, no USB though. I have a few
things to say about ordering from midi-hardware, Firstly I got a (what I feel
like) great deal on the pot32 (all the cabling the pots the midi-connector an
extra little keyboard to program the device and shipping) for 95 EUR. I did pay
with moneybrookers on the 5th of January but there was no info to me for a week
and on my following e-mails where unanswered for 2 weeks that followed, I
finally received the package on 6th of February. 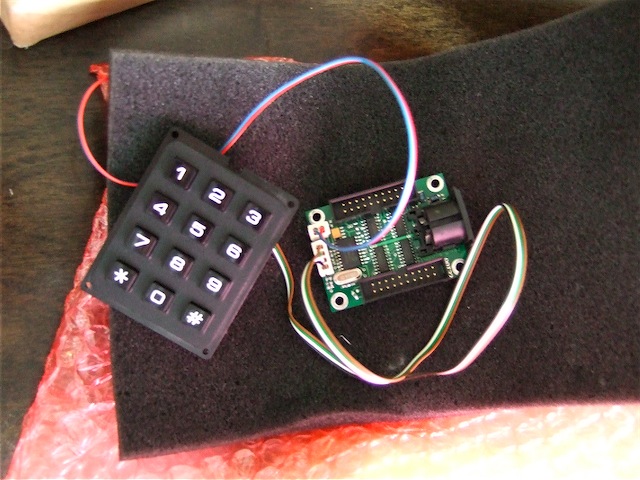 The Actual making of the controller.
I have an old commodore 64 revision 2 that I wanted to use as casing. That
failed, if I had used that as a case everything would have been to close
together. That would have sucked, I wanted it to be nice-looking and practical
to use. So the C64 was out. then I tried to make a steel case something but
after I broke the tools I had for cutting metal I gave that up aswell. So I
ended up with a piece of wood that was supposed to be used as a piece of floor.
Looked pretty nice. 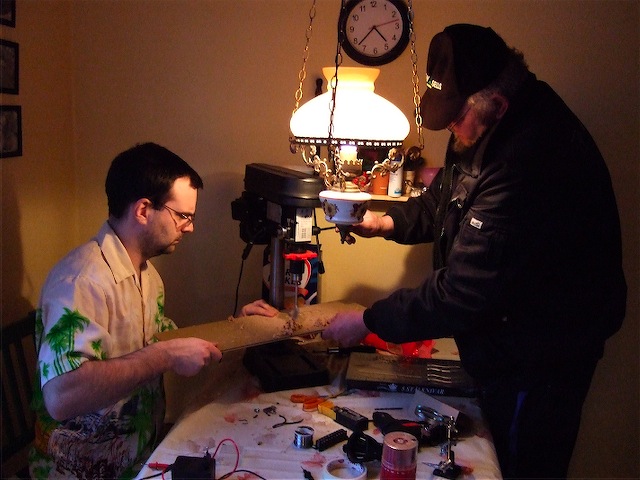 After drilling, sawing, grinding and milling I had a piece that not only looked
okayish (except for the keyboard hole in the middle that was really sawed badly)
it was okay enough for me to use (I lowered my standards after a few hours of
work). 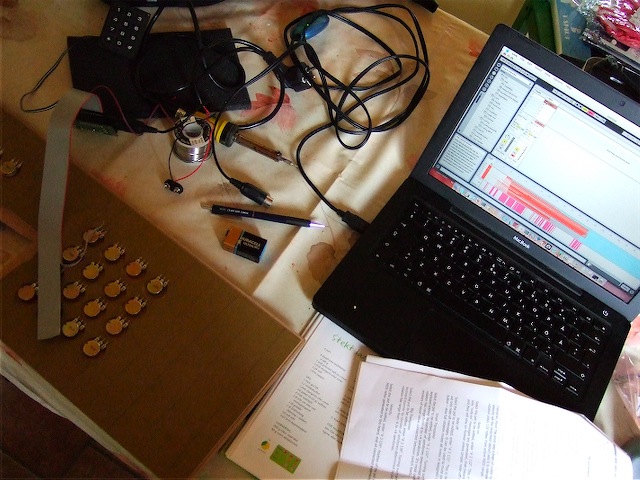 Testing that the stuff I ordered works, hooking one pot up to the board and then
to the computer, and yes, as you can se I got a lot of messages. I didn’t know
which leg of the pot’s to connect to what so I tested around a little here. 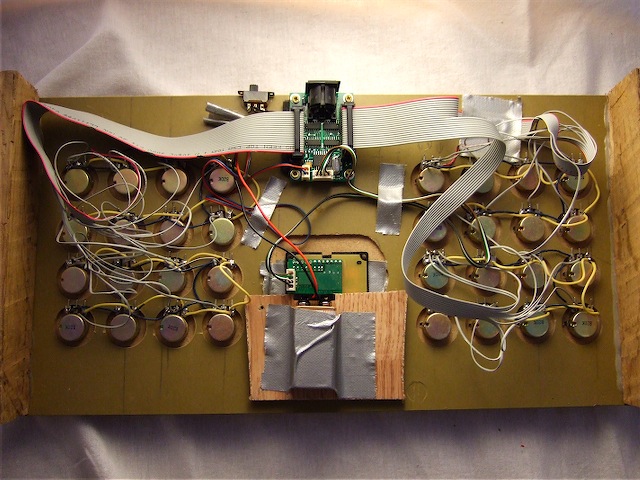 Soldering was tedious, very tedious, lots and lots of wires to connect. 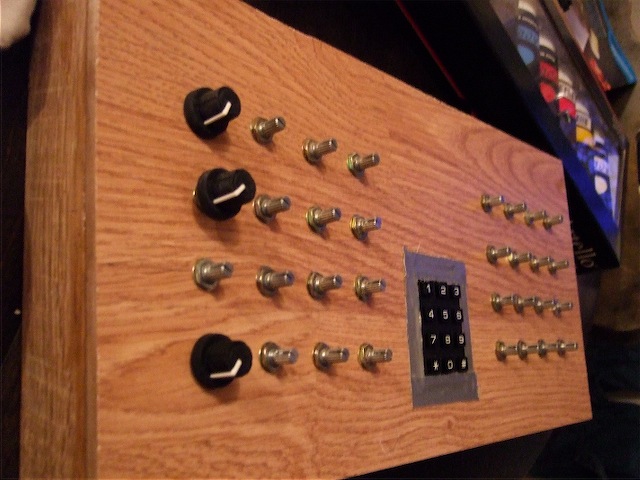 Everything works, but its not very ergonomically and its still very
prototypish.So I order knob heads and now it looks much better, I also added
two legs at the sides and an on/off switch that I scavenged from my electronic
scavenger-box.

Finally I have this. some glue and paint made the badly sawed cut in the middle
look ok. For handling I can tell you it is a dream, I’ve set it up with my Korg
padKontrol and its all very nice.

Conclusion.
As much as I love it, and how easy everything went, there has been a few spots
that I would liked to have avoided. Firstly it took ages to get the stuff from
midi-hardware.com. The pots I got from him had all different torque, very very
annoying, and one of them is broken inside. It has a scraping sound when I
rotate it. Makes the overall tactile feeling lousy. I shouldn’t have ordered the
keyboard, waste of money since I have everything configured as when I got it.
I’d really liked to have a few buttons, you know, to trigger clips and stuff.So
next time I build myself a controller I think I will go with ucapps.de’s stuff.
They are perhaps a bit more expensive in time you have to spend to set things up
and things you have to learn, but you gain it in functionality and community
support.