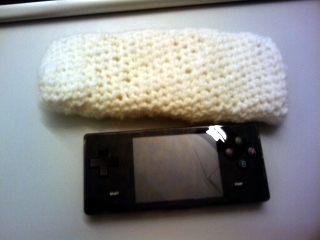 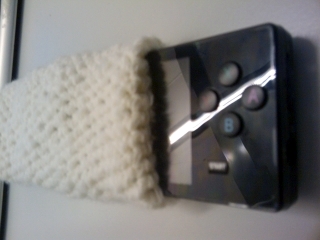 In Sweden we have “slöjd” in school. That is both woodworks/metalworks and also stuff with textiles. The reasoning is that every one when finished shall be able to do some basic woodwork and sew back a loose button. I was more interested in the usage of powertools and saw’s but we were all forced to do at least a few semesters of textile-work.

I have, I think, learned both to sew,knit,crochet and other things along those lines. but that was 20 years ago. So this Sunday when I wanted to make a pouch for my dingoo I though I should learn to crochet. I’ve already mastered the art of knitting scarfs and cap’s.

So I went and bouth a crochet needle, and started watching instructions on instructables, howto and youtube. This Sunday it went crap. As you can see on this image it did not become so pretty. And it’s the third one I tried. But in all fairness, I was watching TV, riding my exercise bike and crocheting at the same time. 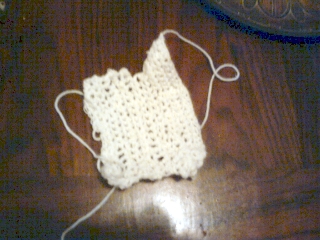 Yesterday, after a good nights sleep and a fruitful day of work, I came home and gave it a try again. Behold, I was successful to the extreme. Not only did I not make it look extremely ugly, and uneven. I even managed to make a baseplate and then round-crochet until I had a pouch for my dingoo.

When I was proud over the base-plate, my wife told me I was pretty gay. Mohahahaha. Tonight I’ll make her something.